An interview with Dean Bell, CEO of Sixscape Communications 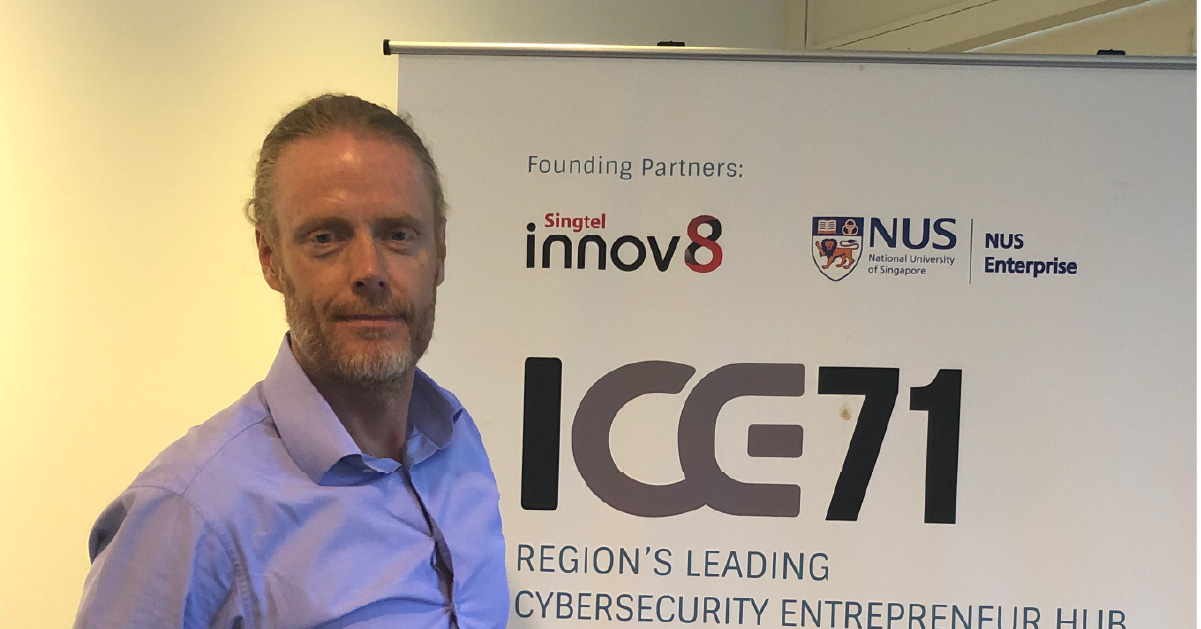 We recently caught up with Dean Bell, CEO of Sixscape, an ICE71 Scale startup.

What’s your role at Sixscape?

I am the CEO of Sixscape Communications, overseeing all strategic responsibilities of the company from product direction, expansion, fundraising and growth. I have previously been involved in a number of cybersecurity companies and have spent the last 25+ years in the region.

Sixscape started as an R&D initiative with initial funding from Spring (Enterprise Singapore) and NRF and tasked ourselves with looking a definitive way of adding a layer of security to both existing and new communication and authentication mechanisms that would finally put an end to security and identity breaches. This approach needed to align with and enable compliance standards in addition to future growth technologies of 5G, IoT, and IPv6 to ensure that it not only scales but also addresses the new paradigms that these innovations bring. This journey brought Sixscape to a position of leadership in securing authentication and communication across email, IoT, unified communications and user/device authentication with end-to-end encrypted traffic between them in the enterprise.

Can you share some client use cases of Sixscape’s security technology?

We had one large naval client in Asia with over 30,000 users who had a need for a password-less authentication using a mobile phone, as an authentication device with a layer of security that could not be compromised. The customer needed authentication to devices and services across desktops, mobile devices, and their online portals and to be done in a seamless way that follows a common user experience but yet embeds security which cannot be compromised. They recognised that OTP, 2FA, and MFA are no longer fit for purpose in their current state and the need for an additional layer of security. The solution was to deliver the end-user experience with a layer of security in the form of PKI and digital certificates delivering crypto-authentication used at each end of the communication and authentication process to provide irrefutable identity and authentication of the device, the person and encrypting the communication between them. The SixToken solution was deployed in a matter of hours rather than days and weeks which a manual solution would have taken using Sixscape’s IRP (Identity Registration Protocol) automation.

Another client of ours, a large management university in Asia with over 2,000 users – established a need for digitally signed and encrypted email for their in-house and visiting faculty that could be deployed centrally and easily to all desktop, mobile and BYOD devices with zero-touch ongoing management. The main driver was the need for integrity of the sender with a proven identity for both internal and external users that would also aid in preventing phishing and business email compromise (BEC) . A further requirement was that of email privacy in the form of email content and attachment encryption which would be seamless to the end-user and both requirements were to be delivered with a centralised policy control for selective and group signing and encryption while maintaining an escrow facility for secure storage and recovery of the private key. The SixMail solution was deployed along with SixEscrow and IRP seamlessly to all users with low end-user friction.

During this COVID-19 period, how do you see the importance of Public Key Infrastructure (PKIs) in securing remote working communications?

PKI, although invented back in the 1970s has stood the test of time and, combined with digital certificates provides the only way to ultimately prove the identity of people and things, this is imperative when both of these variables are involved in home working. WFH means different things to different people, from being a known user with a known corporate device on a known corporate network accessed over a VPN, to a BYOD device with little or no security applied to it. In both situations, PKI and digital certificates can be centrally deployed within seconds to remote devices including BYOD, across both desktop and mobile, while ensuring that both device and user authentication (strong client authentication) is carried out.

Why look into Singapore for business expansion?

Singapore ticks all the boxes from being a worldwide recognized start-up hub, excellent technical and commercial talent pool, established and certain legal framework, tax-friendly with a strong economy, and respected position in the region and worldwide. We feel a sense of pride to be a Singapore based start-up and this is echoed by the feedback we get from international partners that we have signed from both a commercial and technology alliance perspective. Singapore and the technology it produces truly is on a worldwide scale and this is something that here at Sixscape we intend to build upon as we solve more problems in Cybersecurity and enhance our solutions to address both current and future requirements.

ICE71 Accelerate alumni in the news!

In conversation with Sudesh Kumar of Kapalya, an ICE71 Accelerate 4 startup